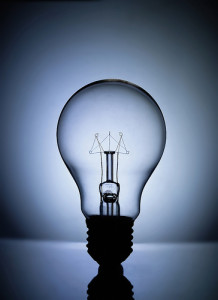 For many years our knowledge and society at large have advanced through the tried and often questioned, but always upheld view that it is not sufficient to merely claim something convincingly to have it accepted. Sure, in politics that happens all the time, but would you trust a politician to pilot the next aircraft you fly on? I thought so… It is not enough to be convincing or to tell good stories, you actually have to know what you are doing!

The point is that our knowledge, human society’s knowledge, evolves by having many people look at the same issue, over and over again, doing experiments to prove an hypothesis and then learning from it.

The Michelson–Morley experiment was performed in 1887 by Albert Michelson and Edward Morley at what is now Case Western Reserve University. Its results are generally considered to be the first strong evidence against the theory of a luminiferous aether. The experiment has also been referred to as “the kicking-off point for the theoretical aspects of the Second Scientific Revolution”.
— wikipedia

It was, in part, thanks to this experiment (a failed experiment) that we got the theory of relativity, arguably one of the most important advances in science in recent times.

But there are more examples of how science delivered progress. How it created knowledge that helped create the world we live in today.

Despite all of the buzz about agile, we don’t have much in the form of evidence for us to say, yes agile is the way to go. Don’t get me wrong, after having worked in this industry for 12 years and with Agile software development for 6 years. I would not want to go back. But as an industry we are making transitions to agile SW development that cost us millions of Euros every year. Most of those transitions will have been the result of a successful visit by a high-flying, expensive consultant that told us some stories we already knew we wanted to hear.

Are we betting our industry on a bunch of stories? Do we want to fly in that plane piloted by a politician?

So, if we chose to be coherent with the growth of knowledge as opposed to the beauty contest that the Agile consulting world has become, we must start questioning the received knowledge that Agile “just works”. The statement “it works for me” is utterly useless if what we want is to learn and to improve! The fact that it worked once for someone and that led to a successful consulting career has no statistical significance! Or do you believe that the waterfall consultants don’t say the same? Of course they do.

So this brings us back to the key question I want to raise in this post: “How can we improve the state of our industry in a consistent, long term and sustainable way”?

The answer, which should be clear by now, is in the numbers. Or as a famous person once said: “show me the money!”

Show the numbers as they are so that we can have a conversation about the real results and can learn, ultimately improve.

Feel free to add your data to this blog post. I hope this can be the beginning of the real advancement of our industry. Show us what you learned, we will show you what we learn, and from this a conversation can emerge that will hopefully take us forward, make us more professional, deliver more value to our customers.

2 thoughts on “We need proof! For a better understanding of our business, without religious arguments”