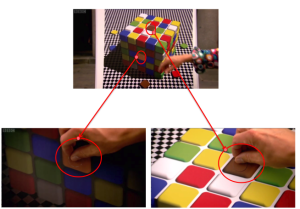 Just had the opportunity to watch a BBC documentary about illusions.

The show went on to detail how we as humans get deceived by our own senses. There were 3 things that opened my eyes in that documentary:

The things that caused me to think were:

All of these observations from the documentary point to one thing. We are not wired to perceive reality. We jump to conclusions far too quickly, but we can also take advantage of that if we train our brain with the right stimuli! That was the most interesting find from this documentary.

The implications are huge in a software project setting, where it is quite common that people use only a very small number of stimuli (some reports, a couple of graphs, etc.) to jump into conclusions. We need to “learn” how to sense the status of a software project, and that can be done by following the example of the person who was taught how to “feel” the magnetic north…

Can you think of applications of this knowledge in your project?