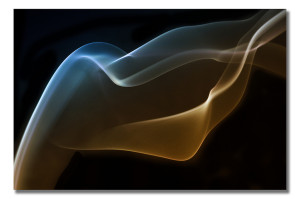 Instead of fighting about “who’s agile” or “who’s more agile than whom”, it would be useful to create a set of patterns, that once recognized would help us define if we are or have been able to successfully implement an Agile life-cycle for our project and portfolio.

These patterns or symptoms are useful for us when analyzing a project (e.g. for a retrospective) and assessing the progress of a team or a company from waterfall to Agile software development. These are necessarily only a small collection of patterns. Many more are needed to create a complete language that would help us define better what an Agile project should feel and look like.

In the following text I try to define what different types of projects (Waterfall, Linear Iterative and Agile/Incremental Iterative look and feel like.

In this life-cycle phase a waterfall project is typically in a phase where only the project management team is assigned to the project and the goal is to create a plan. The plan is typically composed of a set of requirements, an architecture target (maybe an architecture plan or just a high-level picture to be developed further), a budget and (most importantly) a project plan.

You know you are in a waterfall project when in the life-cycle phase Start you are mostly spending time in front of a presentation or word editing software and have some meetings (maybe weekly) where scope, budget and project plan are discussed. This phase typically ends with a “gate” where the project plan and Requirements + Architecture are approved.
A dead give away of a waterfall project is that, in this phase no one asks or worries about writing a single line of code. Some sophisticated waterfall projects may include a “prototype” in the life-cycle phase Start, but it will usually be a throwaway and developed by a sub-contractor who will not actually work in the project (after all the other teams are busy with the other projects).

In this phase the project is in “full speed”, which usually means that teams are working with very little coordination (after all they have a “plan” to follow). Typically components are assigned to teams and they work on those in isolation.
A dead give away that you are in a waterfall project is that your team does not integrate code with the other teams at all. Some sophisticated waterfall projects may have “sync-points” or “integration camps” where the component teams come together after a long period of development to integrate their code. These are grim affairs with much overtime and gritting of teeth.

In this phase the waterfall project is “code complete” and aiming to “code freeze”. There is usually a milestone/gate that was passed exactly at the start of this life-cycle phase called “code complete” or “feature complete”. It is at that point that the teams of testers (typically many and in some far away country) are assigned to “test” the product. Obviously what they will be doing is a rather superficial sweeping of the floors to check that everything works. It is only after that that the project can pass the “code freeze” milestone/gate and the real testing can start.
You know you are in a waterfall project when the project runs out of time before it has quality enough to be released. The number of bugs being found is still very high, but probably at about the same level of the bugs being fixed. This is when “management” comes in and pushes all the teams to fix as many bugs as they can (pulling all-nighters or all-week-enders if needed). Much motivational language is used but the count of bugs being fixed stays about the same. The project will eventually ship something, but the actual quality level can only be vaguely understood. Business takes precedence in the decision making.

In an iterative project the Start phase will typically be called Inception and will, like the waterfall projects focus mostly on defining requirements and creating/approving the project plan.
You know you are in an iterative life-cycle project when people start actually coding, but only a few features. Programming is still being “ramped up”, but there’s no milestone/gate that formalizes “start-programming” order.
In some sophisticated Iterative projects people will mention Use Cases, customers, experience, business cases and may even have a prioritized list of Use Cases to be implemented. Typically you will find that the Requirements document is quite shallow, delegating the clarification of most requirements to the actual “design” phase of the project.

Now the teams are working very clearly on the code. Some Iterative projects may even have several sync points (see above) within this life-cycle phase. They will be easier than in a waterfall project, but “integration camps” are still common (although less frequent) and teams actively discuss the “code-line” policy (i.e. version control is an active part of project management.
A dead give away of an iterative life-cycle is that there will be several iterations of about 2-3 months in length at which point many teams try to integrate their code. In some sophisticated Iterative projects the teams will actually try to hold demonstrations of the existing code and in some (far fetched) cases there will be a project-wide retrospective at this point.

You’d be tempted to think that Iterative life-cycle projects would have an easier “End” phase, but you would be wrong. Just like in waterfall, the teams develop a lot of their code in their own version control systems and integrate seldom (although much more frequently than in a waterfall project). In large iterative projects there will be “vertical” sub-projects (typically less than 100 people) that will actually integrate their code frequently but the multiple concurrent sub-projects will only really integrate their code at the end.
In this type of projects you will still find a very hectic “test and fix” phase at the end, but it will typically be focused around “complex use cases” as many of the simple use cases have already been tested during the “Middle” life-cycle phase.
You know you are in an iterative project because just like in waterfall Quality is an after-thought and you will find many, many bugs in the end of the project. The defect/error metrics will be the main focus of the project management team in this phase, up to the point that sophisticated statistical models will be created to try to predict when the project will end.
Don’t be fooled, in a project where error/defect metrics are used as the main project management tool no one is in control. The project end date is essentially unpredictable and typically management will decide (arbitrarily) when the product should be released.
In some sophisticated Iterative projects I’ve seen that a length is pre-set for this life-cycle phase based on history and, ironically, that seems to hold pretty well (although not for the reasons you may think! — stuff for another post)

In an agile project this phase is typically extremely short. A product manager will present a proposal for a new product or a new version of an existing product. This proposal will be discussed and approved. One or more teams are assigned to the project for a short period of time (called Sprint or Iteration — confusing, I know) and produce a running product, called a Product Increment.
You know you are in an Agile project when the team talks about “releasing” the software starting from day one. Each development team will include testers and each Requirement (aka story or feature) will be discussed in order to create acceptance criteria (aka conditions of satisfaction, aka test cases). These will typically be agreed before the team sets out to design the implementation but can also be updated during the Sprint/Iteration.

In this life-cycle phase you will notice that the teams start to gel (if they are new) and the project gains momentum. The teams demonstrate regularly what they have accomplished and some teams will have stopped holding retrospectives, because they “have nothing to improve”. The pressure is always high in an Agile project, but never too high, and in this phase of the project the team is already used to the pressure level, they know how to tackle their stakeholders.
You know you are in an agile project when the Product Manager is not the Product Owner and is never or almost never present in the Sprint/Iteration planning meetings. That work is delegated to someone in the team that knows the technical product and works with guidance from the product management to help the team manage and prioritize their backlog (aka Technical Product Owner).

This is the life-cycle in which the Agile project will differ the most from the other two life-cycle models. In the end of the project the team will still be developing new features at full speed. No one will talk about “code freeze” or “feature freeze” in the project, but the testers and project management team will closely follow the Defect list.
You know that you are in an Agile project when the defect/error list is short and the selection/prioritization of defects/errors is easy. Some teams will just start their iterations/sprints by picking the most important defects out of the defect backlog, others will reserve some time/bandwidth in iteration/sprint planning specifically to improve the quality of their product.
The most noticeable difference however, will be that people will feel the pressure to add more features at the end, rather than the pressure to avoid changing any code. Agile projects typically deliver a large amount of “test” code (i.e. code that is there to test the production code) which makes them confident that they can change the code up to the last minute of the project.

I hope that this collection of patterns from different types of projects will help you talk about the level of agility in your project with your team.
We should really stop bickering about “how agile we are” and start defining how an agile project “feels” like. What patterns do we see, what benefits and constraints we have, etc.

At the end of the day, what matters is that you understand your context. That’s the first step to changing it!

10 thoughts on “Patterns of Agility. How to recognize an Agile project when you see one…”