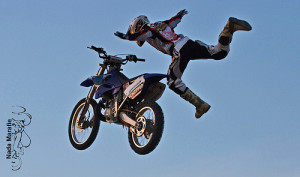 “Agile has crossed the chasm” we hear often. But has it really? In the last few years Agile has gone from being “the cousin in the corner that shouts and screams but no one wants to talk to” to being “the famous cousin who everyones wants to talk to”. It was not an easy transition, and to be sure there are still many in the Software industry that call that cousin the “bastard child” of software. Need an example? just take a look at the title of this book.

Agile has turned a corner, there’s no doubt about that. However, we have also grown as community, and what was the focus of the last 5 years is also being challenged from within. J.B. Rainsberger described the evolution in a very critical as well as prescient way: the future of Agile is XP (the irony is not lost on many, I’m sure).

XP2012 happens in this context and in itself has a challenge of re-inventing the tired old format of Gurus coming to install the faith on the rest of us. Erik Lundh started a project for XP2012 that deserves some attention as well as exposure. XP2012 will be the first conference in a few years to live up to its name *because* of this challenge!

The challenge is to do full cycle from Agilehttp://www.blogger.com/img/blank.gif Planning Game or similar to DoneDone deployed into production at least once in a week.

A set of teams of developers will be invited to attend the conference and effectively develop and release software at the conference in one week or less. They will start and end an iteration during the conference. Random people from the audience will use the software in the technical demos (not the team!) to check that everything is working.

So, if you work in a really good Agile team why not take the challenge? Come to XP2012 to *prove* that you can do Agile Software Development just as it should be done!