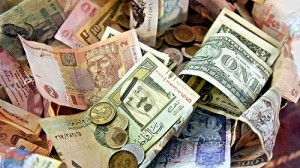 One of the questions (Part I, Part II) that emerged from the #NoEstimatesQuestions discussion on twitter was: “How do I choose between options or opportunities (without having estimates regarding the cost)?”

The thinking goes: I can spend some time doing A or B, but which should I do first? To answer this question we can look at it from two angles:

The first point of view assumes that both A and B have similar value (or Return) and that the investment part (the I in ROI) is the most important factor. I happen to think that in software this is not the case. In my experience the R (Return in Return On Investment – ROI) is often more important than the Investment in defining the overall value of a certain decision. In my experience, the second approach will help you make a better decision when selecting between different options. Asking yourself “what is the value I expect to get from option A or option B?” is often a much more insightful discussion regarding the Business Model for your product or service. Here is how I would answer the question: “How do I choose between options of opportunities (without having estimates regarding cost)?”

How to tackle Large Problems(™)

The example above will, rightfully, called a “simple” problem. So, the next question is: what if I have to decide between 2 Large Problems(tm), which can take several years of development and months of deployment? For example:

I work in the Ministry of Health and I need to decide between developing a large system to manage the health-care records of 10’s of millions of people, or maintain an existing system with potentially huge costs.

In this environment the Return part of the ROI equation is not easily accessible. In fact, one could argue that in this type of projects the I (or Investment/Cost) is the most important factor in making a decision. Most governments do that and spend considerable amounts of time estimating the costs of both options (with terrible consequences). #NoEstimates asks for a completely different approach to these problems (where cost is the key factor in deciding). In fact I would work to completely eliminate the “develop new system from scratch” option from the table. The reason is simple: we are terribly bad at estimating large software projects, so we should avoid them completely. Instead, we must use the flexibility of software to our advantage: start small and slowly grow the team as well as the final technical solution. How I would do it:

In this approach we try to achieve the following:

I’m sure that there are still quite many questions about the steps and approach I described here. Leave those questions below so that we can continue the dialog.