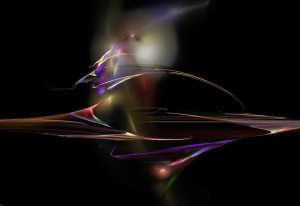 Success and failure differ, very often, by very little. Take nature as an example. A small change in our DNA (a few mutated genes) can have catastrophic consequences. On the other hand, without these mutations humans would never have come into existence.

Humans and other species in the planet evolved because of chance (although not totally chaotic) changes in their DNA. As small change after small change happened, the surviving individuals were able to spread the viable, and ultimately the most adequate changes to the next generation – and the process repeats still in our own bodies today. If Nature has taught us something about improvement and evolution is that you must have a little bit of luck involved!

The DNA of a project

In software projects – my domain – I see some similarities to this natural model that are worth exploring. Projects also have a DNA which includes the structure and the communication connections between individuals. Communication being one of the most quoted causes for failure in software projects, and therefore one of its critical success factors.

The More I Practice the Luckier I Get

Once a project gets started, a particular structure is put in place (governance, management, teams, etc.). Very often that structure remains in place, and static until the end of the project. But is this a smart choice?

The Illusion of Control

The structure that is set for a project strongly influences the communication links that can emerge between individuals. Who talks to whom? What meetings exist where people interact regularly? etc. But the reverse is also true. The existing communication network within an organization is a strong influence on what governance structure is put in place, how teams are formed, etc. These co-dependent processes create a positive (or negative) spiral of events for the project, but because neither (structure, or communication network) is often changed, that spiral is unstoppable. If it is positive, it will help the project succeed. If this co-dependent processes create, instead a negative spiral, that will relentlessly remove the chances of success for that project.

As we carefully design and inject small – safe-to-fail – changes into the project, we can observe how it reacts and adjusts. Later, we can retrospectively amplify or remove/dampen the changes based on the outcome we see. If something works, keep it and ask how can you make it grow. If something creates a net negative outcome, dampen or remove it completely.

What Do You Mean Random?

There are many ways in which we can, randomly, explore better configurations for our projects. Below I list only a few to illustrate the concept:

These practices are designed to inject randomness (unplanned situations or connections) into the project. The goal is not to create Chaos (a scary word for many project teams), but to generate new pathways for the information to flow within the project team, as well as novel project structures that are more adapted to the current challenges the teams face.

Using these (or other) practices will increase your project’s chances for success. They don’t eliminate the need for the project to be managed, or to have structure. They do increase the chance of success for the project by exploring new organizations and structures through a process of small (safe-to-fail) changes that can lead to unplanned, but ultimately superior performance.

These were just a few examples. How would you inject randomness into your project? Have you done that in the past? Please share your experiences in the comments for the benefit of others.