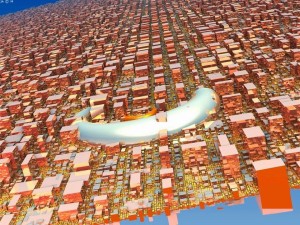 Many years ago some people came up with a brilliant idea: “what if, we could turn abundant lead (Pb on the table of elements) into scarce gold?”. A brilliant idea to be sure, but as we know now, impossible. What made Alchemy grow and thrive as a science, was that people at that time did not know that it was impossible. They did not have enough knowledge of chemistry to know that you cannot turn an element’s atom into another element’s atom. That did not stop them however! And thanks to those crazy idealists today we have Chemistry. How about that for a twist of fate?

Alchemy’s history can be traced back for millennia, and that name stands as the prototypical failed science (except for poets and … idealists). Failed because it based its existence on a belief that was impossible to make reality in our world.

Many management-fads are based on the hypothesis that you can control the world around you, mold it in a way that can give you predictability. This (mythical) predictability is a core assumption that enables the management’s idea of success: I will do X so that I can achieve Y and therefore succeed.

Newton’s laws gave us predictability in the physical macroscopic world of objects, because they told us what would happen if, for example, you rolled a sphere in an inclined plane, or shot a bullet from a canon, or shot an arrow with a bow. Relativity theory gave us predictability (to a certain extent) in the microscopic world of atoms, or sub-atomic particles also because it established useful and applicable causality rules

Medicine gives us (mostly) predictability in the world of diseases and biologic systems like the human body because it has a system of studying and documenting causality: if you take Aspirin after a great Saturday night party, you will feel milder effects of the oncoming hangover.

You can see why management theorists (and practitioners) would want to achieve the same goal: predictability.

But planning itself rests on the assumption that we can predict (here it comes again) causality in the world where the plan is to be executed. If we did not believe that we could predict B to happen after doing A, then planning would not be possible. It would be illogical.

We plan to be able to predict, but plans only work if we can predict in the first place!

The problem with what is stated above is that it is a circular dependency: we plan to be able to predict, but the act of planing rests on the assumption that the world is predictable. You see where this is going, right?

The sad fact is that there are many other management techniques that both rest on, and try to achieve predictability. For example: pay for performance, management by objectives, or the yearly strategic plan.

Going around in circles

All these management techniques have one thing in common. They are static. They exist at a precise point in time: Strategy is defined in the Spring or Autumn and is supposed to be executed for the next 12, 18, 24 or more months. Objectives or goals upon which our evaluation is based are set several months in advance of the point of evaluation.

All these techniques require perfect, 20/20 foresight. How likely is that?

The basic problem with most perspectives on management today is that they are static analyses of a future environment. And all decisions are made because we believe we can predict the future.

We need a new Management Science, one that does not require the existence of a predictable world. When it defines goals, it does so in a way that is dynamic, i.e. the goals change with the observation of reality. This dynamic adaptation process is what we, in the Agile community, call a feedback loop.

A future-proof management approach must start by basing it’s core assumptions on the existence of feedback loops that must be studied and tested as we make decisions. And these feedback loops must be the driving factors for action in management. Not the plans!

The first assumption of such a management approach must be that the world is not predictable beyond a very short time. This may be a simple statement, but the consequences of this simple statement are fundamental.

What would your world look like if you believed and followed the three principles above? How would it differ from your current perspective on management?

4 thoughts on “Management science’s impossible quest: in search of predictability”