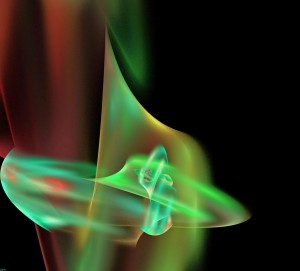 Herman is a typical agile coach. He works with teams to help them learn how to deliver high-quality software quickly.
Many teams want to focus on design, architecture, or (sometimes) even on business value. But they are usually not in a hurry to release quickly.
Recently Herman conveyed a story to me that illustrates how releasing quickly can help teams deliver high-quality software much faster than if they would focus on quality in the first place. This is the case of a team that was working on a long overdue project. They had used a traditional and linear process in the past and had been able to release software only very recently, after more than 12 months of work on the latest release.
Not surprisingly, they were having trouble releasing regularly. The software was not stable; once it was live it had many problems that needed to be fixed quickly, and worst of all: all of this was having a direct impact on the company’s business.
The teams were extremely busy fixing the problems they had added to the product in the last year and could not focus on solving the root causes of those problems.
They were in full-fledged firefighting mode. They worked hard every day to fix yet another problem and release yet another hot fix.
This lasted for a few weeks, but once the fire-fighting mode was over, Herman worked with the teams to improve their release frequency. During their work with Herman, those teams went from one year without any release to a regular release every two weeks.
At first the releases were not always possible, but with time they improve their processes, removed the obstacles preventing them from releasing every two weeks and started releasing regularly.
What happened next was surprising for the teams. The list of problems after each release did not grow – as they expected – but instead shrank.
When some problems came in from the customers after a 2-week release, they were also much faster to fix the problem and quicker to release a fix if that was required. When the fix was not critical, they waited for the following release which was, after all, only 2 weeks away.
By focusing on releasing every two weeks, Herman’s teams were able to focus on small, incremental changes to their product. That, in turn, enabled them to fine-tune their development and release processes.
Here are some of the key changes the teams implemented
This list of changes was the result of the drive to complete each release and learning from the failures in the previous release. Some changes were harder to implement, and especially the testing strategy to allow for 2-week release cycles had to be changed and adjusted several times.
One of the key problems the teams had to solve, was the lack of coordination with departments that directly contributed to the release but were not previously involved in their day-to-day work.
This process lasted several months, and would not have been possible without a clear Vision set forth by the teams in cooperation with Herman, who helped them discover the right way to reach that Vision within their context.
Herman’s work as a coach was that of a catalyst for management and the teams in that organization. He was able to create in their minds a clear picture of what was possible. Once that was clear, the teams and the management took ownership of the process and achieved a step-change in their ability to fulfill market demands and customer needs.

Customers have no reason to change provider as they have an ever-improving experience when using this company’s services.

Today, this organization releases a new version of their product every two weeks. Unaware of it, their customers receive regular improvements to the product they use, and have no reason to change provider as they have an ever-improving experience when using this company’s services.