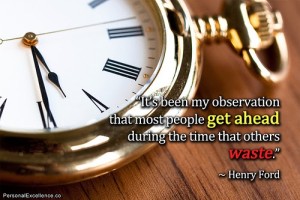 Ever wondered why you just had a meeting? and what was the value from the time used? Or why meetings are organized the way they are? Here are 5 sure signs that tell you a meeting you just had was a waste of time:

Sign 1: The solution/outcome for that meeting is available to everyone before the meeting happens

Often meetings are just rituals. The results are known in advance. Perhaps the manager just wants to get everybody’s “buy in”. In the end the meeting did not generate any insights or brought up a point of view that was not previously considered. If you exit the meeting with a decision that was made before you entered the meeting you know you have just wasted one hour! (or more…)

Some times, however you are on the verge of an insight. A new idea – not previously considered – is presented, but then the conversation changes from approval for a pre-propsed decision to an argument about which idea is the better option. At this point the conversation turns into a debate, and typically the manager wins that debate, because after all he is the manager.

Sign 3: You feel less energized at the end of the meeting than you did at the start

In the rare times when you actually want to attend a meeting, you often leave that meeting with less energy than you started. If you feel like this you know that meeting was purely a waste of time (or worse…)

Sign 4: Someone asks: “who will document the results of this meeting?”

Meetings are often decision points in the process of getting some work done (more on that below). But the problem is that the decision is not really made in meetings, as stated in Sign 1, those decisions are pre-made. Even before the meeting starts. Because of this, the “owner” of that decision knows that there will be debate and discussion in the future. In preparation for that future debate he asks: “who will write the meeting minutes and document this decision?“. A sure sign the meeting was a waste of time. If not yet, it will become clear when the decision is contested in the future…

Sign 5: You had a meeting to make a decision

One thought on “Five signs your meetings are a waste of time!”