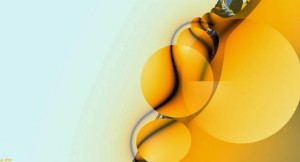 Do you know the answer to this question? Many Agilists don’t. Here’s one attempt at answering that question.

Those of us that have been practicing Agile for a while have learned to “break the rules” – or reach the Ha or Ri levels in the Shu-Ha-Ri model. We’ve practiced, and practiced, and practiced. We’ve learned what works (some times) and what does not work (most of the time), and we have been able to hone our practice to a point where Agile just feels “natural”. But what is “normal”? How would you, a Ha or Ri level practitioner of Agile define Agile?

This reminds me of a story I heard from Angel Medinilla, a dear friend and fellow Agile journeyman:

The sensei in that story knew that the apprentice would eventually come to realize that Aikido was indeed “just” to breath, to balance, connecting with the opponent and whole body movement. So, how about Agile, what is Agile all about? And how does it deliver more discipline, with less rules?

While I tried to make sense of Agile, I explored many possible models. One of them was Chaos Theory. As I explored the Theory of Chaos I found a very interesting video about one of the favorite topics in the Agile community: emergence. Emergence is the process by which a system (any system) organizes itself based on real rules and exhibits what we would call complex behavior. For example, in this post I explained how a colony of Ants can exhibit complex behavior by following just a few rules. That complex, adaptive behavior emerges from the rules, and the action of the individuals. The rules are real (there is a benefit in following them), and the resulting behavior is complex and adaptable but also, very very disciplined (because there is a benefit to that discipline, you follow it or you die of hunger).

Going back in time

The counter-intuitive aspect of emergence is that it goes against all accepted “truths” about organizational design. You see, emergence can not be explained by reducing our model of the system to simply modeling of the agents’ independent behaviors. Emergence is a result of all the parts interacting in the system. If you remove one of the rules from the ant colony you would get something different (possibly even the break down of the whole colony).

Reductionism is the most common process for organization design used by humans today. We tend to start by modeling small independent parts, and when we are satisfied with each, we put them together. But there’s a problem with that approach. When you try to design an organization, or a process, by first identifying all the necessary steps individually, and then you sequence them orderly you make the system stupid. Or, in other words, you create rules that remove the possibility for complex, adaptive behavior to emerge.

This process or analyzing, ordering, prescribing organizational and process design is labeled analytic, and it is based on the theory that if you break something apart (like the organization), and analyze those parts independently you will understand it sufficiently enough to know how the whole system works. The problem is that an organization, like any system, has dynamics that can only be seen when all the parts are assembled and never when they are analyzed separately.

By contrast, if we define clear and simple rules (think the rules of chess) and nothing else, we are allowing the system to – through emergence – exhibit complex, adaptive behavior. The big question comes next: where do you draw the line between simple rules that allow for complex behavior to emerge, and the analytic process? When do we cross from one to the other?

Drawing a line in the sand

A heuristic that I have found useful is to remove rules whenever possible. Scrum, for example, does this by assigning no special role to any team member, but instead giving the team a set of simple rules and boundaries (timeboxed iterations, interaction with PO, Definition of Done, etc.)

This realization led me to understand the critical role that generalists play in facilitating complex adaptive behavior (but that will have to wait for a later post).

Complex adaptive behavior emerges in systems where the rules are simple, and the agents have a high degree of freedom to make decisions. By trying to analyze systems with an reductionist process we are removing the possibility for agents (us, the people) to make intelligent decisions based on their context, and therefore we are reducing the possibility for complex adaptive behavior to emerge. The analytical mindset kills emergence. But more importantly, when it comes to performance Emergence kicks Reductionism in the groin.

If you tell people where to go, but not how to get there, you’ll be amazed at the results. – George S. Patton

Next time you are designing a process or an organization take this into account and remove as many rules as you can. That will help you achieve more! Define the goals and let the people surprise you with their results!

6 thoughts on “The simple recipe for disciplined organizations”